BetterTogether was an initiative of the Saguaro Seminar: Civic Engagement in America at Harvard University. The Saguaro Seminar issued the report Better Together, in December of 2000, calling for a nationwide campaign to redirect a downward spiral of civic apathy. 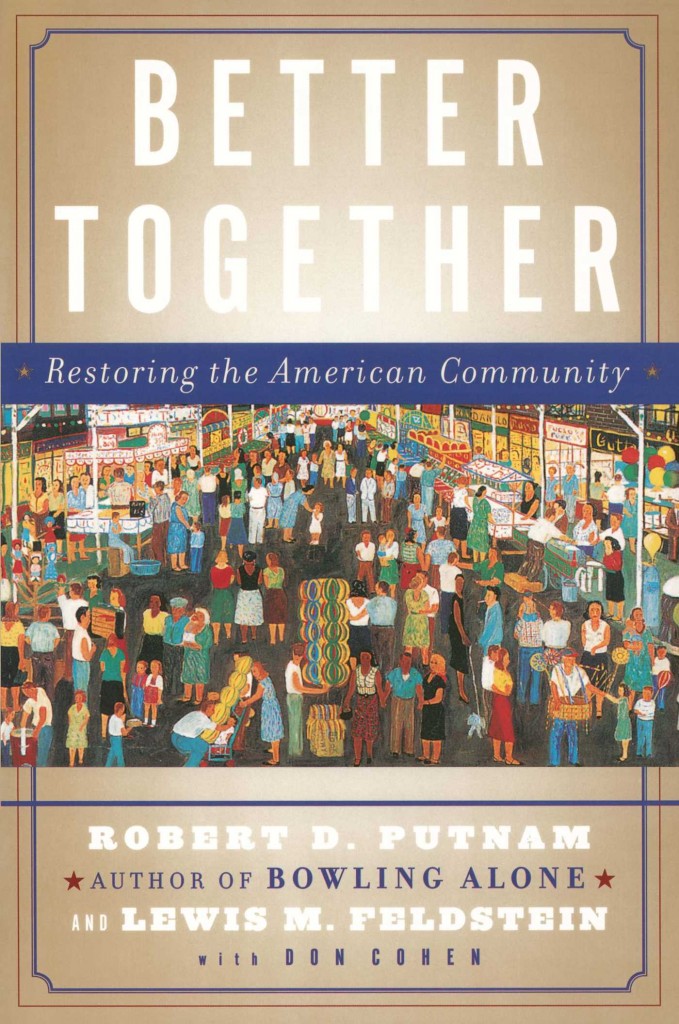 Warning that the national stockpile of “social capital” – our reserve of personal bonds and fellowship – is seriously depleted, the report outlined the framework for sustained, broad-based social change to restore America’s civic virtue. Launched by Harvard University’s John F. Kennedy School of Government, the Saguaro Seminar drew its 30 participants from academia, the arts, clergy, business and the top leaders and policymakers of both major political parties. Saguaro members studied the essential character of public participation in their effort to develop remedies to redirect a decades-long decline.

In his national best-seller Bowling Alone, Robert Putnam decried the collapse of America’s social institutions. But while traveling to promote the book, one question came up at every appearance: what can we do to end the atrophy of America’s civic vitality. What can bring us together again?

Seeking an answer to this question, Putnam, a professor of public policy at Harvard, with the assistance of coauthor Lewis Feldstein, who has a long and distinguished career in civic activism, visited places across the country where individuals and groups are engaged in unusual forms of social activism and civic renewal. These are people who are renewing their communities and investing in new forms of “social capital.” Better Together describes a dozen innovative organizations from east to west and north to south that are re-weaving the social fabric of our country, and brings the hopeful news that our civic institutions are taking new forms to adapt to new times and new needs.

All across America such organizations are starting up and thriving, giving hope that the message of Bowling Alone has reached people and that our civic institutions are improving and adapting to the changing world around us. And the timing of Better Together could not be more perfect — in the wake of 9/11 the subjects of civic spirit, community renewal, and social capital have been high on everyone’s agenda as Americans ask again what makes us uniquely American and what values do we want to pass on to the next generations.